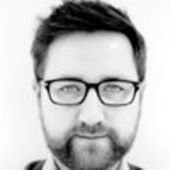 He is accountable for disrupting the database market here and for the success of Riak deployments with clients that are mostly in Healthcare, Defence, Gaming, Security, Advertising, Payments, Retail, Telco and Communications, and often include Connected Devices/Future Cities initiatives.

Prior to Basho, Stuart worked as a client director at EMC, where he focussed on big data with EMC's largest clients in Europe, and at Quest Software, where he specialised in Java application performance consulting after a short time as a bad developer.

He was awarded a BA (mod.) ICT by Trinity College Dublin and an MBA by Hult. He lives in London with his fiancée and this trip to Tel Aviv is the closest he'll get to a stag party before he ties the knot.